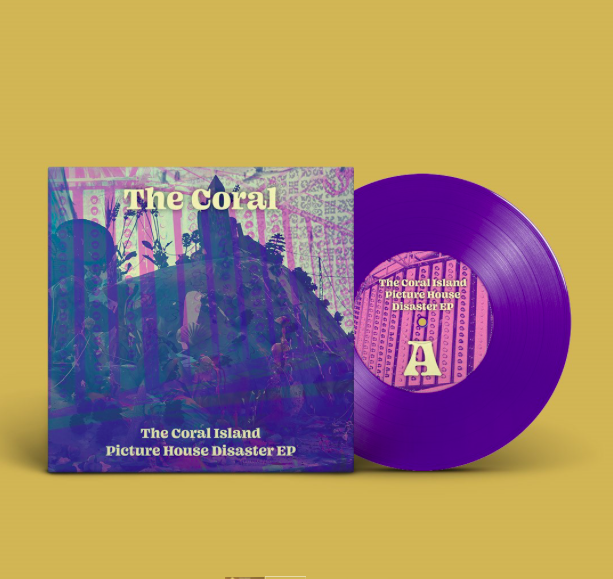 By EveJanuary 28, 2021Uncategorized
No Comments 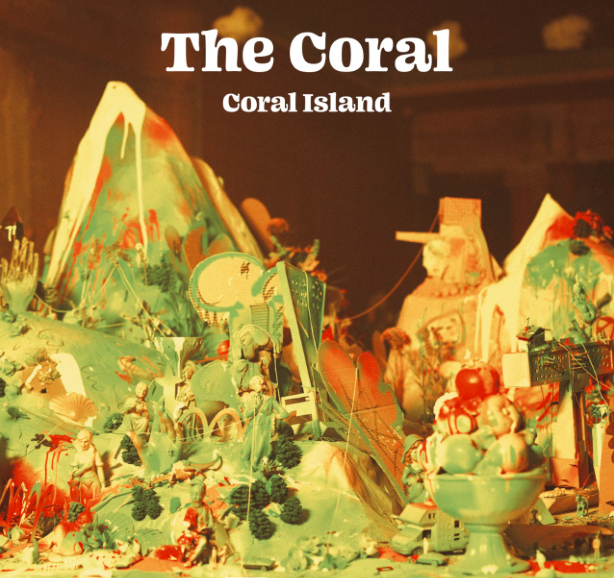 The wheels rattle into the thrilling unknown on The Coral’s first new music since 2018, finding the unsurpassed, metamorphic gonzo-pop five-piece in the company of crooks, sell-by-date candyfloss and plastic skeletons as they release Faceless Angel. Of misplaced memories from a place and time that might never have been, the track precedes a new and vividly evocative body of work from the legendary Merseyside band in the form of their TENTH and first, ever double-album: Coral Island.

Squinting into the neon-lit penny arcades and draining an after hours glass with the displaced and dispossessed once the power is pulled, The Coral’s latest caper concerns listeners with the light, shade, thrills and profound melancholy of coastal palaces packed with fun and fright. Both now and then, or perhaps never as fiction encroaches on reality, the feverous anticipation of a night amongst the screams, fights and romance of the fair become part of life on the newly-built Coral Island. 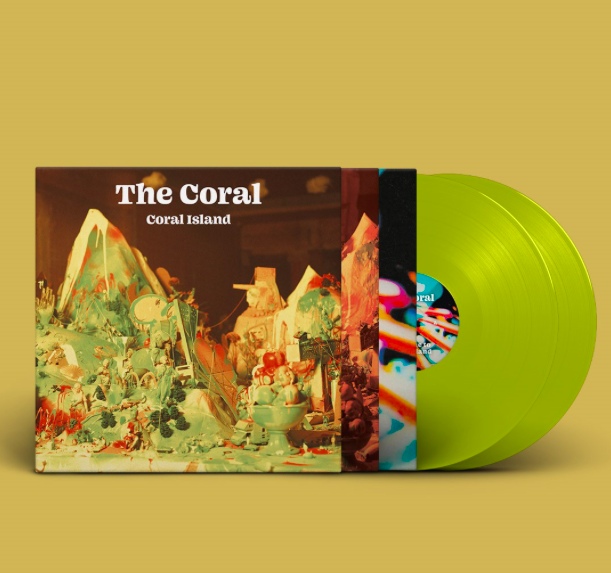 Welcoming travellers one trepidous step at a time, Faceless Angel sits amongst a series of promised audio visual portraits of and inspired by the Island’s inhabitants. Conceived and created by artist, Edwin Burdis, the single’s video was filmed ‘on’ Coral Island itself, a sprawling diorama purpose-built inside a deserted Chinese restaurant in Cardiff. It’s the band and fans’ first venture onto the surreal land mass, populated by surreal sculptural forms, charity shop-finds, looming mountains and gathering storm clouds. Filmed in debt to the traditional model-based filmmaking methods of greats like George Lucas or Ray Harryhausen, Burdis navigated Coral Island at waist-height and via camera-friendly pathways to gather 360 degree footage from inside and outside his and The Coral’s fascinating, fabricated world. The expansive and ambitious installation also provides the album artwork for Coral Island as well as designs for Faceless Angel and future singles. 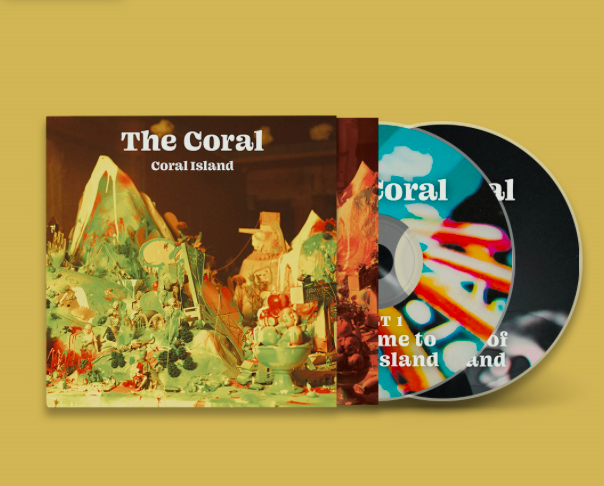 Almost 19 years after the release of their celebrated, self-titled, Mercury Music Prize-nominated, platinum-certified debut in 2002, kick-starting a decade of classic singles, including Dreaming Of You (now on over 100 million streams globally and gaining UK Platinum status), Pass It On, Don’t Think You’re The First and In The Morning, The Coral move into 2021 as in thrall to the self-endowed gift of creative freedom as they were on day one. The band has sold over a million albums to date.

Of their nine albums to date, the last of which, Move Through The Dawn, was released in 2018, five have reached the Top 10 including 2003’s chart-topping Gold-selling Magic and Medicine which saw the band nominated for Best Group at the Brit Awards. Never anything other than wilfully idosyncratic and critically-praised, the follow-up, The Invisible Invasion reached No.3 in the UK Albums Chart and joins it’s predecessor in being certified Gold.

Recorded in a sense of barely-controlled, copy and paste chaos at Parr Street Studios in Liverpool, Coral Island was written and performed by the multi-instrumentalist and multi-talented line-up of James Skelly, Ian Skelly, Nick Power, Paul Duffy and Paul Molloy plus a special guest.

4 Mist On The River

5 Pavillions Of The Mind

9 The Game She Play

12 The Ghost Of Coral Island

21 Late Nights At The Borders