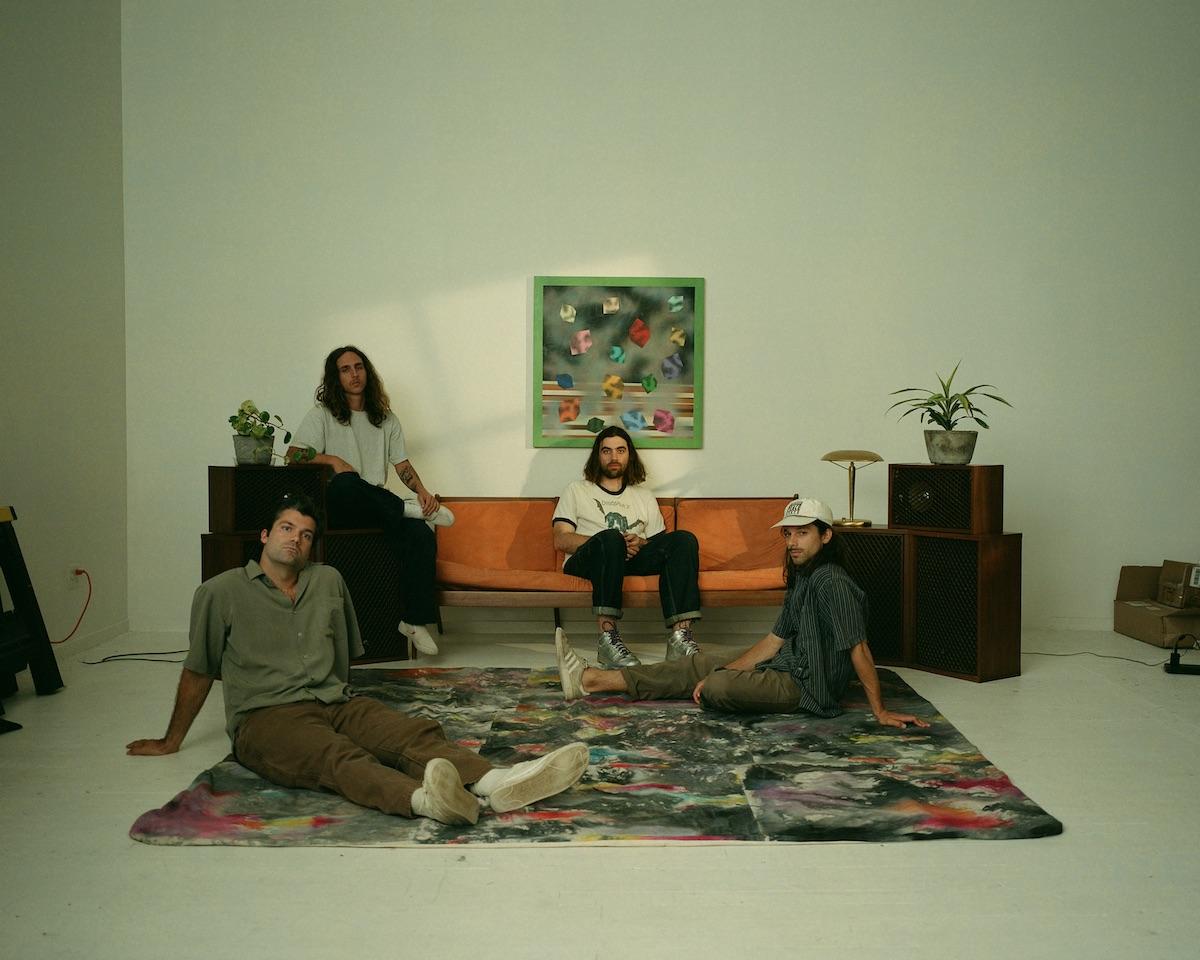 By Az FrancoAugust 30, 2022Uncategorized
No Comments

Watch the video below:

As they build anticipation for their new album, Virginia band Turnover shares the new single “Ain’t Love Heavy” featuring Bre Morell of Austin band Temple of Angels. Myself in the Way is the band’s fifth full-length album out November 4th via Run For Cover Records. The new song is layered with synths, strings, and jangling guitar paired with vocalist Austin Getz’s smooth harmonies and Morell’s crisp vocals.

“Ain’t Love Heavy” marks the fourth offering from Turnover’s forthcoming album, following the title track “Myself in the Way” featuring vocals from Brendan Yates of Turnstile, “Mountains Made of Clouds” and “Wait Too Long,” which was recenlty included on an episode of Hayley Williams’ BBC Radio show Everything Is Emo.

Turnover also announces their headline fall tour to celebrate the release of Myself in the Way. Kicking off after their previously announced headline shows in Boston and New York City, the 32-date run will begin in Toronto on November 8th, with stops in Chicago, Nashville, Seattle, Los Angeles, Austin, Atlanta and a hometown show in Norfolk before wrapping up in Philadelphia on December 18th. Tickets will be on sale tomorrow, August 31st, at 10am local time HERE.

Myself in the Way was born out of Turnover’s desire to continue evolving their sound, making each body of work more exploratory than the last, but it’s also a byproduct of the band’s growth both as individuals and collectively. Armed with a flurry of new ways for the band to express themselves creatively, they challenged themselves to make their most ambitious body of work to date. Co-produced by frontman Austin Getz alongside frequent collaborator Will Yip, Myself In The Way sounds more expansive than anything they’ve done, intently honing in on sound design this time around, and yet it’s wholeheartedly more intimate and self-reliant on their vision and execution. Bassist Danny Dempsey painted the cover artwork himself, and longtime touring guitarist Nick Rayfield contributed songs to the album to lend an additional spark.

Check out “Ain’t Love Heavy” featuring Bre Morell and pre-order/save Myself in the Way above, see upcoming live dates, full album details, and learn more about the band below and stay tuned for more music from Turnover coming soon.