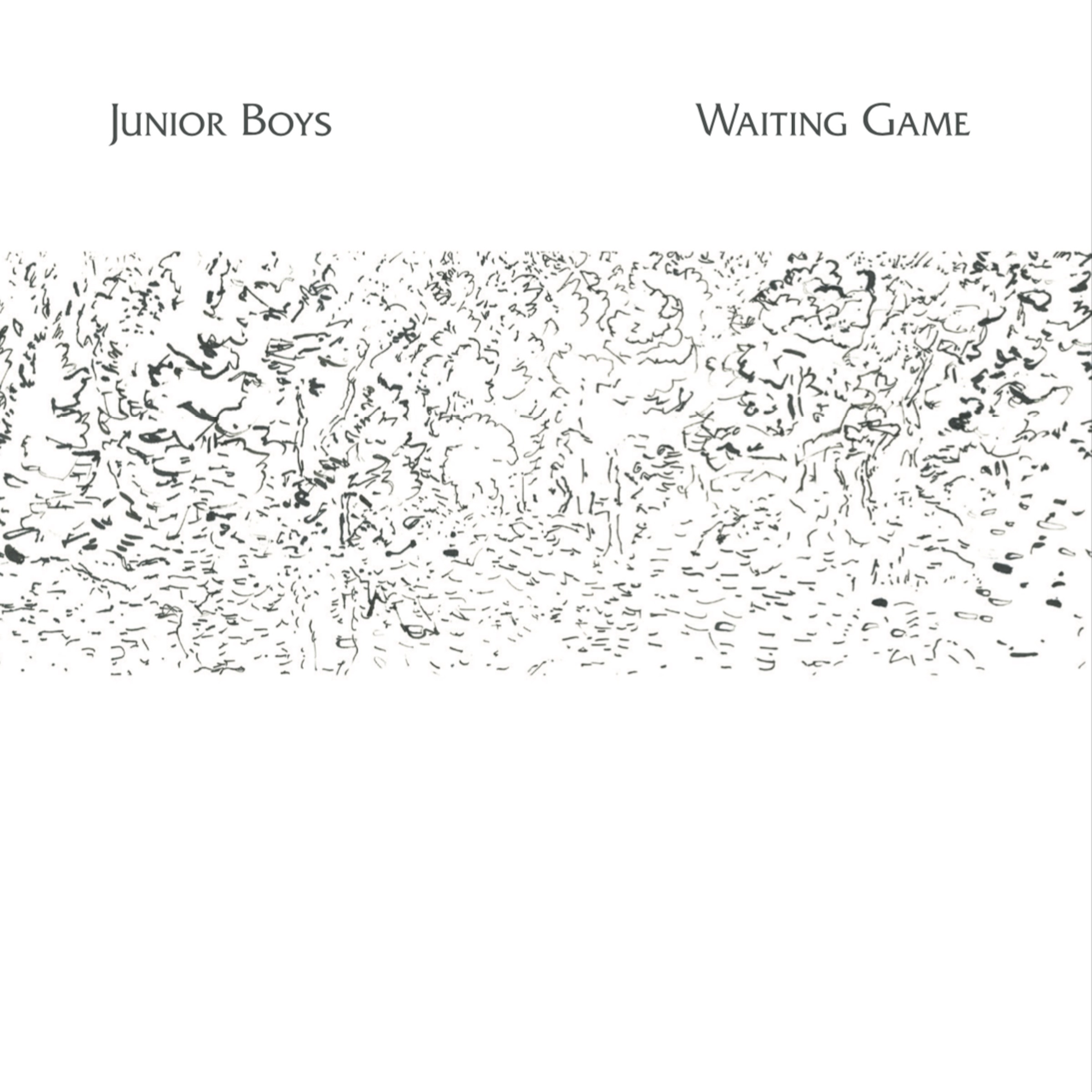 “Junior Boys open Waiting Game, their first album in six years, on an airless, pristinely recorded drone that only gradually fills out into a chord. A fretless bass murmurs and moans; knowing Jeremy Greenspan, we expect him to slick his hair back and indulge in some David Sylvian suavity. But nope: After almost four minutes of weightless, watery atmosphere, he sings the song’s titular phrase, “Must be all the wrong things,” exactly once. The echo on his voice cuts like a contrail through the otherwise static arrangement, and soon enough, we’re back to silence.

If this seems like a curveball, imagine how shocking it would’ve been in the mid-2000s, after the Canadians dropped their 2004 debut, Last Exit. That record was descended from urbane, rock-averse bands like Pet Shop Boys and the Human League but decked out with all the post-Y2K rhythmic trickery of UK garage, microhouse, drum’n’bass, and the stripped-back productions of Timbaland and the Neptunes. Since then, Greenspan and co-producer Matt Didemus have absorbed more styles from across the dance-music spectrum into their sound, climaxing with the grand disco throb and Prince-ly avant-pop experiments of 2016’s Big Black Coat. Through all this omnivorousness, Greenspan’s voice keeps everything rooted in the exquisite, silk-sheets melancholy that makes their music so absorbing.

Because ambient music often conjures the same sort of wistfulness—particularly the jazzy, neo-Balearic type they seem to be going for here, redolent of Gigi Masin and Suzanne Kraft—the excision of drums from large stretches of Waiting Game doesn’t radically change the experience of listening to their music. It has the Junior Boys feel, but Greenspan needs fewer words to bring it into being. “It Never Occurred to Me” consists mostly of small pops and fizzles of vocoder over a hint of a techno beat, and the lyric sheet reads “lyrics are incomprehensible.” “Dum Audio” is sung in Latin—not that you’d know, given how many effects are slathered on Greenspan’s voice. “Fidget” is just a pearly synth lead and a low-end gurgle; it’s to this album what “Mermaid” was to Sade’s Love Deluxe, an instrumental that proves the band can conjure its trademark vibe even without anyone at the mic.” – Pitchfork