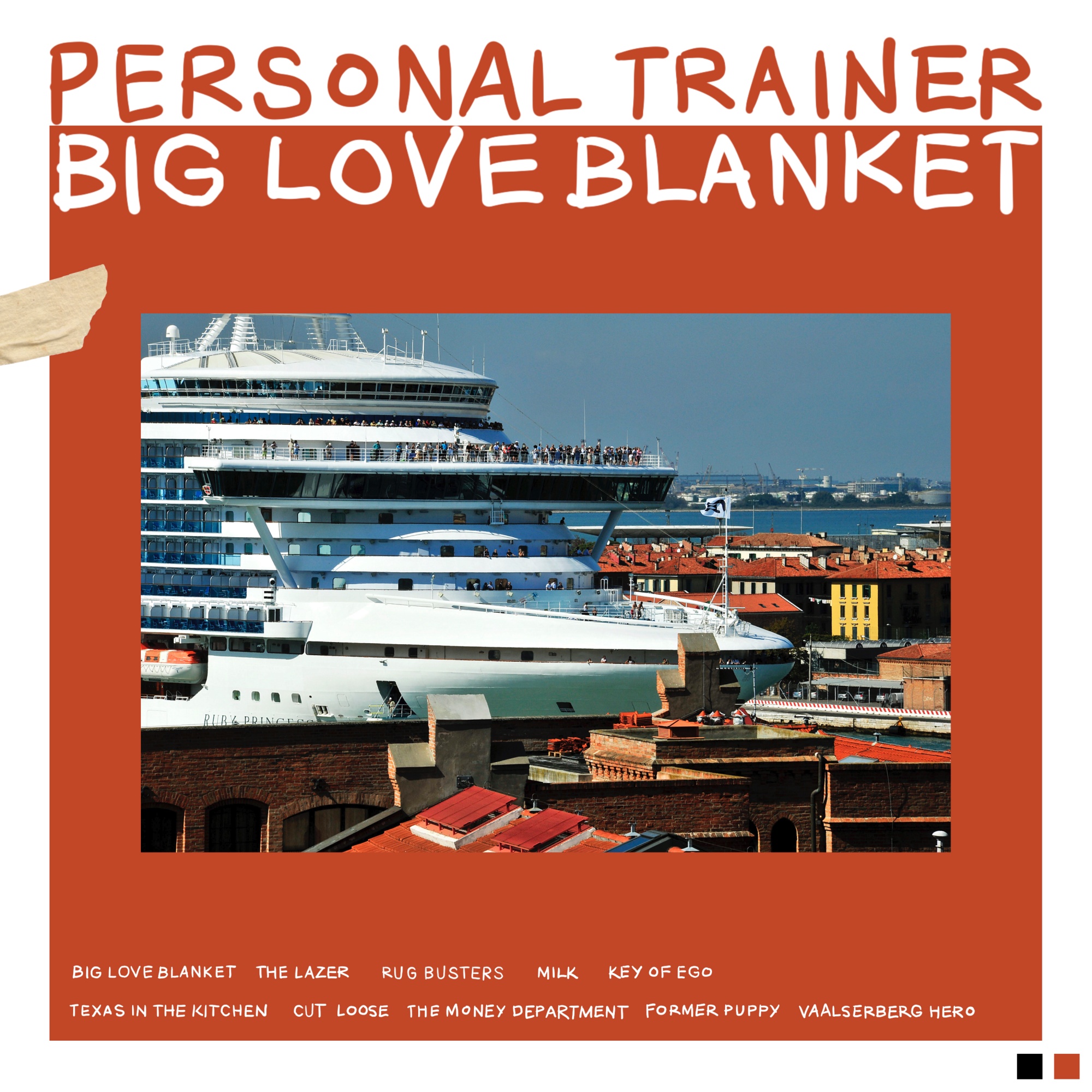 The ten tracks of Big Love Blanket display a playful diversity of sounds and influences, landing on one all of their own that has been championed as “rapturously fun” by Ones To Watch, “incredibly catchy indie-led pop” by Record Of The Day, “curious and endearing” by Steve Lamacq, “remarkable” by CLASH and even compared to LCD Soundsystem by Marc Riley. The first song to be released ahead of the album, “Key Of Ego”, was one of NME’s New Bangers too, and rightly so.

Co-produced with Casper van de Lans, Willem Smit, the group’s conductor and cheerleader, rummaged knee-deep into the strongholds that conceived many of the past decade’s quintessential Dutch alternative records. The quest to squeeze out the most potential out of each song might seem somewhat at odds with Personal Trainer’s tumultuous modus operandi (which included a 24-hour concert streamed live at Amsterdam’s legendary Paradiso last year). The conditions Smit and Van de Lans set aren’t all that different: create that feeling of being a little bit out of your depth, a little foolish, and allow some of that silliness to guide the musical direction forward. “Whenever I catch myself doing something premeditated, I wouldn’t like it if I just pretended to know it all. I think I would find that incredibly lame.”

Willem Smit started the band as an ultimate love letter to the vibrant scene he himself inhabits. Initially, it meant playing shows in impromptu lineups, with individuals of varying skill levels, interests and sensibilities. At the hub of this volatile energy, Smit embraced his role as jester in court, performing his own songs like a lost tourist on a karaoke bender.

This enthusiasm was reciprocal, as bands ranging from Pip Blom, Bull, Home Counties, The Klittens to Global Charming – as well as Smit’s other outfits Canshaker Pi and Steve French – frequently rubbed elbows on stage. Personal Trainer-shows became rousing rituals, with songs that more or less sounded like all your favourite indie rock luminaries jam-packed into big-beaming pop psalms. The delirium of playing The Lazer for the umpteenth time would perpetually elevate to religious fervor. Understandably so: it’s a song that attacks things like restlessness, boredom, drudgery or shame with the stubbornness of a kamikaze-artist.

But no matter how high the spirits get, there comes a time when the world catches up. Big Love Blanket, offers more of a soul search than a rally. “Write a line a day / Keep smiling / It’s a brave endeavor but it will not get you there,” Smit wistfully sings on the title track, highlighting the menial tasks we often don’t see when we witness a band killing it on stage. The routines, the crafting, the constant assessing and reassessing, those rehearsals that end in a cul de sac of in-jokes and sedatives. Those are things that often get lost in the shuffle for the wider public – especially to a band known for its knee-jerk hijinks under the fluorescent lights.