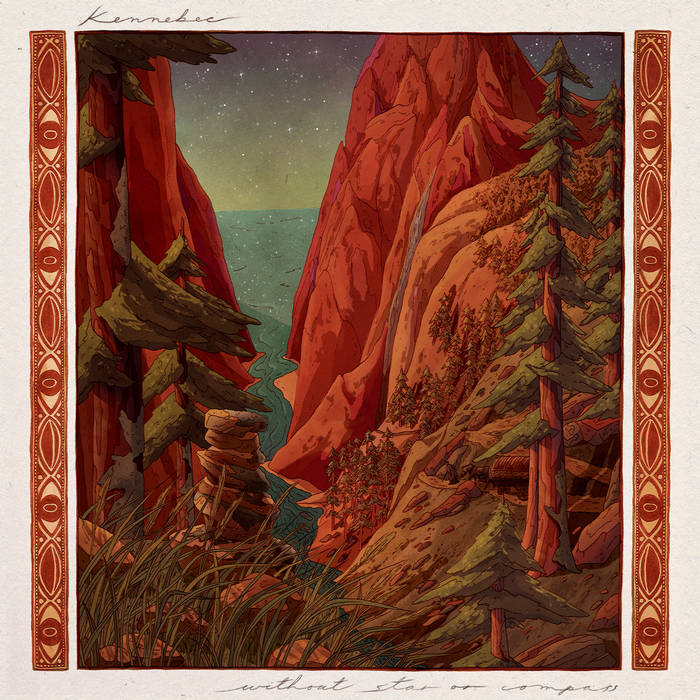 Kennebec second album “Without Star Or Compass” is out now!!

Kennebec is the critically acclaimed musical outlet of Eric Phillips, a composer, producer, and multi-instrumentalist living in Portland, Oregon. Drawing from an eclectic array of influences to create his own unique style of cinematic electronic music, he is set to release his sophomore album ‘Without Star or Compass’ on the 7th October via Night Times Stories, the sister label to LateNightTales.

Releasing his debut album ‘Departure’ at the beginning of the pandemic in early 2020, ‘Without Star or Compass’ was written and recorded during a phase in Phillips’ life which allowed him to re-examine his motivations. “The first primary influence for this record is that, more so than ‘Departure’, I wanted to write this record for my friends and others rather than for myself. Maybe it’s also a product of maturing, but I wanted the music to communicate more clearly to others, and be less of an exercise of some kind for myself.”

From the subtle electronica of ‘Leaving The Canyons’ featuring the distinctive vocals of Future Islands frontman Samuel T. Herring, the expanding electronic beats of ‘Tall Tales’ featuring Hemlock Ernst (the rap moniker of Samuel T. Herring) and US singer Sudan Archives, to the effortlessly cast rhythms of ‘The Great Divide’ featuring Yazz Ahmed on horns, Phillips set out to make an album which was more direct with sparser arrangements and distinct melodies, while still maintaining the eclectic and creative nature of his debut. “I think if I were a writer, my words would be all setting and very little narrative. I’m really trying to evoke a sense of place and motion and journey and environment but the facts of the story are left vague.”

On working with Herring, Phillips adds, “I think our styles just resonated well with one another, and we clicked naturally. We sent some ideas back and forth remotely and then he flew out to Portland and we recorded all the vocals in three days together. It was so fun and inspiring – and really deepened my appreciation for his craft. He’s such a nice guy and a total genius. Sam’s lyrics really hit a beautiful balance between that sense of magic and folklore in the natural world that I’m after, while really bringing his own sense of narrative. He’s really amazing at constructing lyrical concepts in a way that I think compliments my own strengths (and weaknesses).”

Throughout ‘Without Star or Compass’, Phillips masterfully creates an evocative sense of place and motion in a cinematic way, in part due to his love of soundtrack music, a heavy influence on the album. ‘Castalay’s Fountain’ was inspired by classic JRPG music such as ‘Zelda’, ‘Chrono Trigger’ and ‘Final Fantasy’, while instrumental tracks ‘Friendship song’, ‘The Great Divide’ and ‘Calyptra’ are rich in cinematic grandeur.