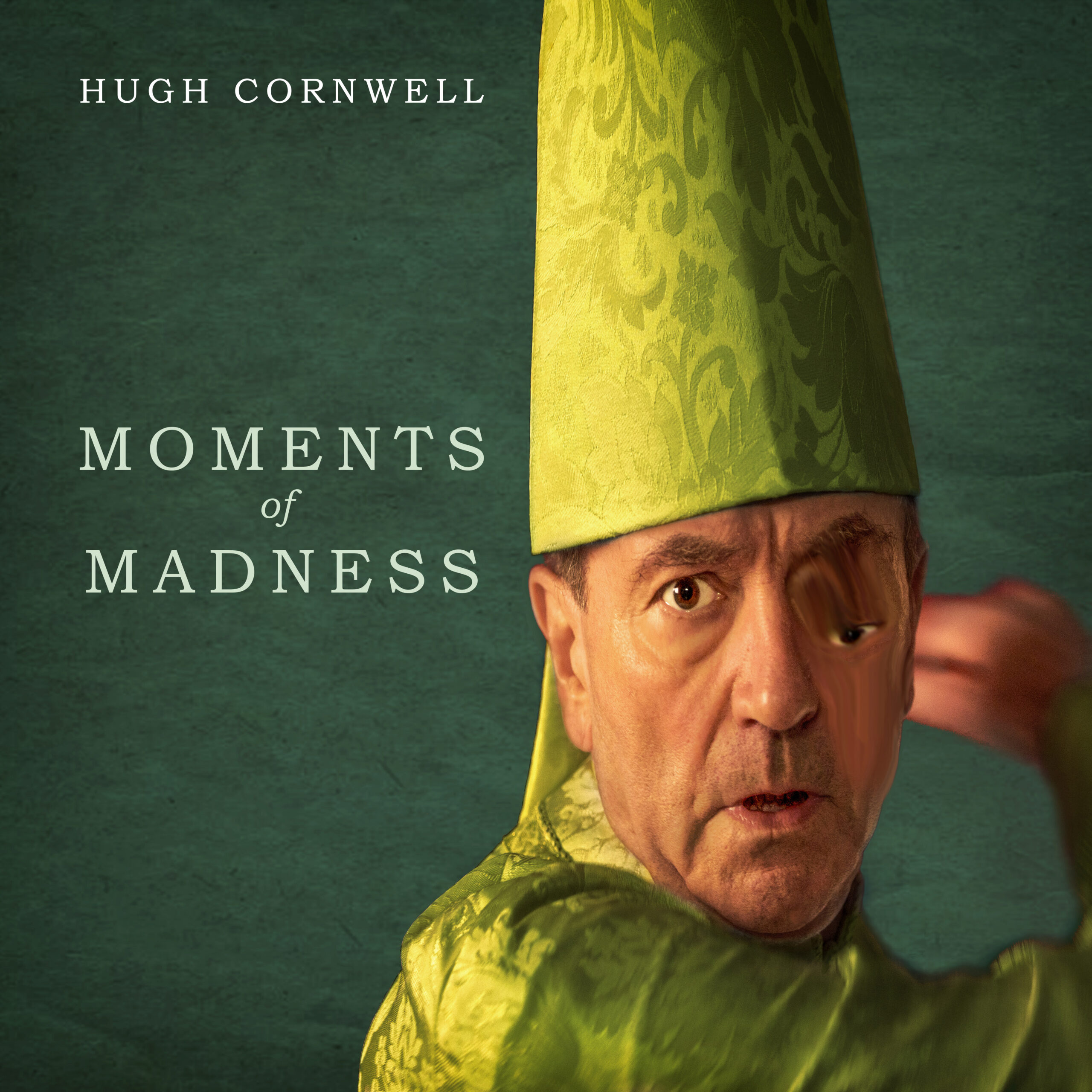 Featuring two extra tracks ‘Miss Teazy Weazy‘ and ‘All The Colours Of The Rainbow‘, taken from the remixed and remastered HiFi available on vinyl only.

Widely regarded as the poet laureate of the punk era (from his early career fronting the Stranglers to his transition as a solo artist), Hugh Cornwell has built a substantial and singular body of impressive solo albums. His tenth solo opus, Moments of Madness, continues his illustrious output by experimenting with musical genres as his enviable reputation as a wordsmith resounds across this album’s songs.

Self-produced, and playing all of the instruments himself, Moments of Madness’ ten incredible tracks finds Hugh flexing his musical muscles with a stripped down, offbeat, reverberating sixties vibe ringing from the  seductive melodies and lyrically distinctive perceptions that are indelibly stamped with Hugh’s trademark imagination. Vocally and lyrically a career-best, Hugh has never sounded so good on his tenth solo album.

A high watermark and a modern-day masterpiece, Moments of Madness is being tipped as the most significant album of Hugh’s career.