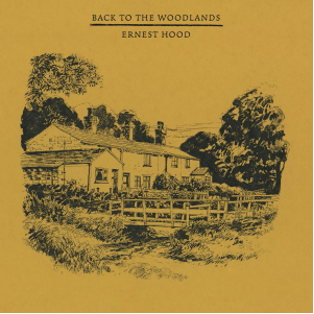 Ernest Hood. “Back To The Woodlands /& Where The Woods Begin.”

Archival Reissue via Freedom To spend. Out now.

Written and recorded between 1972 and 1982 in Western Oregon, Back to the Woodlands is a previously unreleased, and nearly lost, album made by Ernest Hood during the same era as his near mythical album Neighborhoods. A visionary combination of field recordings, zithers, and synthesizers, Back to the Woodlands offers an unprecedented depth of access to this singular artistic mind.

Born into a musical family, Ernest Hood began a promising career as a jazz guitarist during the 1940s, touring internationally with his brother Bill Hood and the saxophonist Charlie Barnet, before contracting polio in his late twenties. The disease left Ernest unable to play the guitar and confined him to a wheelchair for the rest of his life. It also forced him to adapt and innovate around his musical practices in the face of adversity; Hood’s value of sound matured with a remarkably democratic and nonhierarchical approach and application.