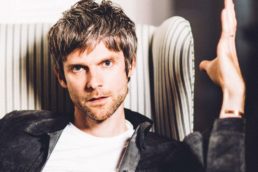 Having recently released his debut solo album ‘Tell Your Friends’ via his own record label Prediction Records, Nick J.D. Hodgson talks Leeds’ musical evolution and Live at Leed to DIY.

He will begin his tour later this month with the support of Sam Johnson. Read the interview here.