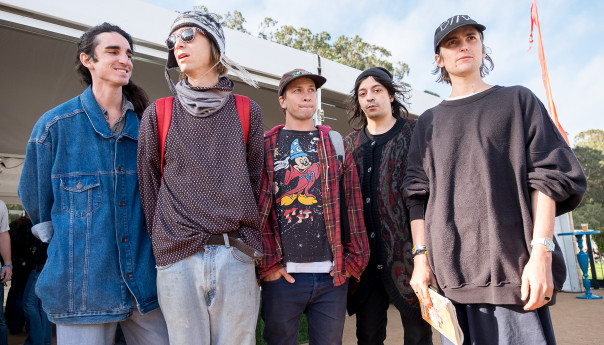 Featuring recordings of a 2017 acoustic set in Brooklyn.

Indie band DIIV have shared a live album recorded during an acoustic show at Brooklyn’s Murmrr five years ago. Live at the Murmrr includes the band, fronted by Zachary Cole Smith, performing songs from their first two albums, Oshin and Is The Is Are, plus covers of Alex G‘s “Hollow” and My Bloody Valentine’s “When You Sleep.” Scroll down to listen now.

“In August 2017 I was 5 months sober and DIIV hadn’t played a show in almost a year,” Smith says in a statement. “Our friend Ric helped us set up an intimate acoustic show in a theater in our hometown of brooklyn. We decorated the stage with stuff from our houses and played our home videos on a tv. We invited our friends and family and played some songs from our first two albums and some other artists’ songs that felt important to us as a band. It felt like some kind of reset. We recorded the show and forgot about it for a bunch of years. We recently found the recordings and thought people might want to hear them. I think of it as a kind of official bootleg I guess. Our friend Jarvis mixed it and our friends Parker and Jim made the art. enjoy.”