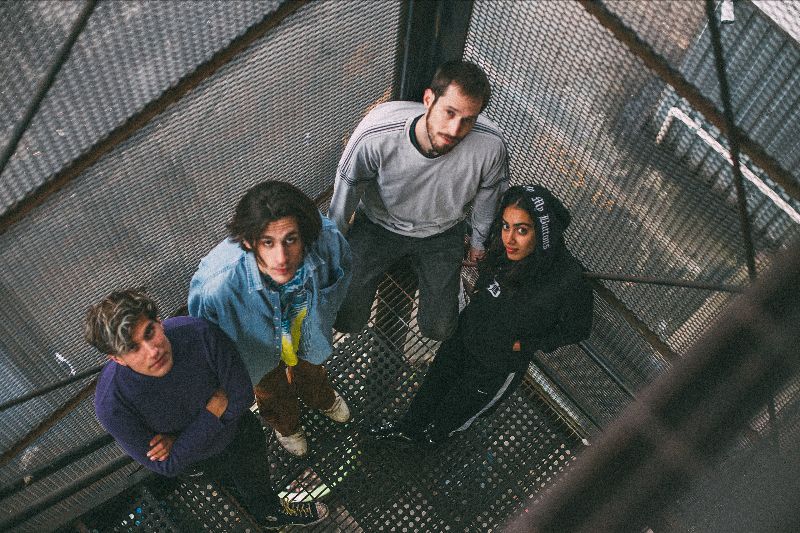 After returning with a new song last month, Crumb are back to share two new tracks, BNR and Balloon, and an accompanying video for BNR. Like the previously-released single Trophy, the two new songs elevate their infectious sound, with the video for BNR acting as the perfect visual counterpart as an eerie and dystopian tale unfolds.

Speaking on the new songs, Lila Ramani says: “’BNR’ is an ode to my favorite colors. I had a weird obsession with those colors in winter 2018-2019 and felt like they would follow me around everywhere I went. ‘Balloon’ tells the story of a girl that dances so fast in the club that her head falls off.”

Crumb are Lila Ramani, Bri Aronow, Jesse Brotter and Jonathan Gilad. BNR and Balloon join Trophy as the first releases from the group since their 2019 debut album Jinx, which Pitchfork described as having a “hypnotic quality [that] grows ever more romantic and tense with repeat listens.”