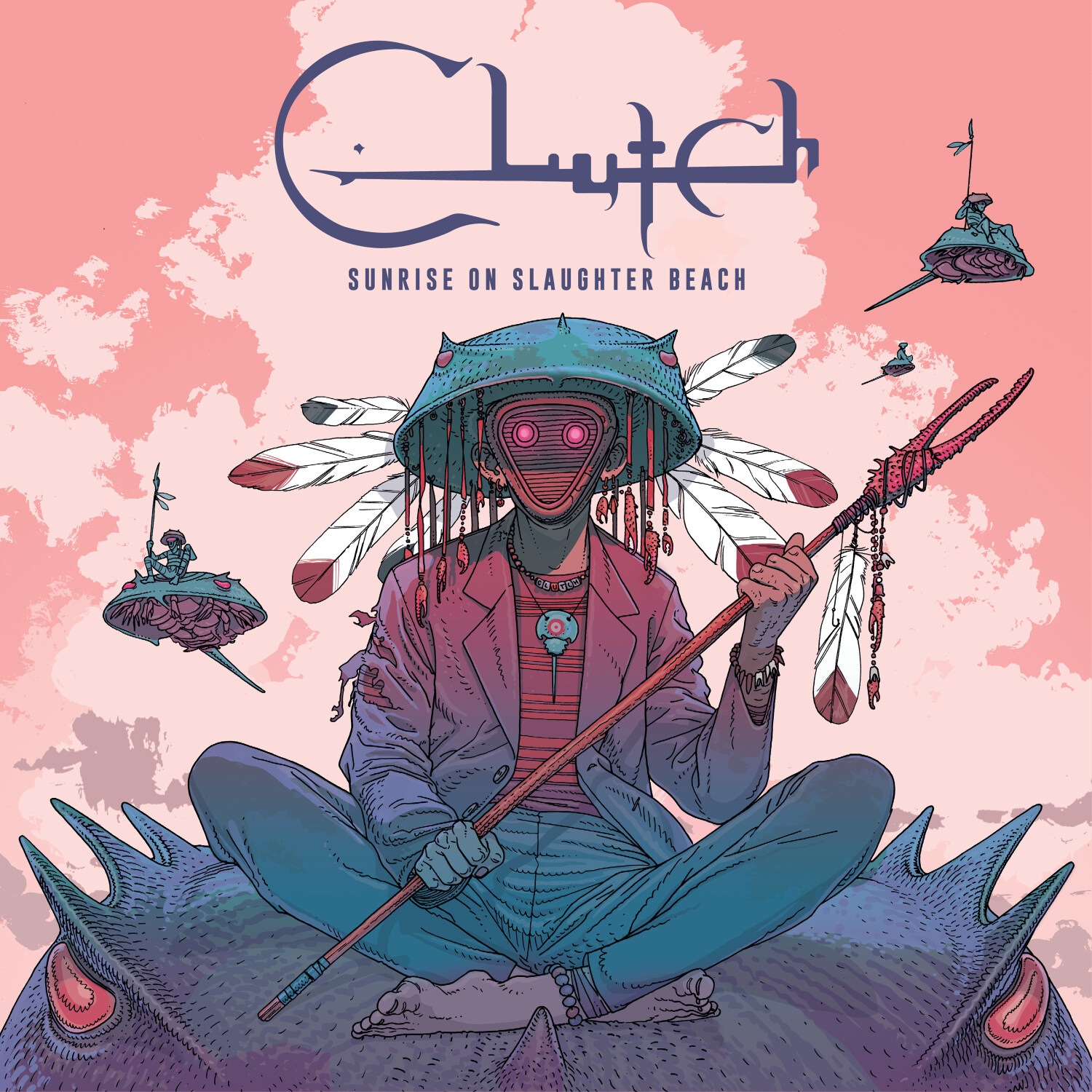 OUT NOW via Weathermaker Music

Sunrise On Slaughter Beach is Clutch’s thirteenth studio album – a slamming summary of everything that makes the band great and another giant leap forward into career longevity. New bangers like “Red Alert (Boss Metal Zone),” “Nosferatu Madre,” “Skeletons on Mars,” “Jackhammer Our Names,” and “Mercy Brown” take their rightful place alongside Clutch classics. Sunrise On Slaughter Beach is the natural culmination of what Clutch began as teenagers in the early ‘90s.
Recorded at the The Magpie Cage Recording Studio, Baltimore, MD, the album was produced and mixed by Grammy nominated Tom Dalgety (Ghost, Royal Blood, Pixies) with additional engineering by J Robbins (Jawbreaker, Against Me!, The Sword).

Exquisitely-named opener Red Alert (Boss Metal Zone) is a big-arsed banger, while Slaughter Beach takes a more Led Zeppelin tack. On Mountain Of Bone, the chorus is lifted by warm keyboards, while the layered vocals on Nosferatu Madre are a neat twist. Same as the female vocals and arpeggio riff of Mercy Brown. Throughout, Neil is on his usual wordy form, spinning his lyrical tales of life in a manner somewhere between bar philosopher and animated clergyman. ‘Met my girl on a dinner date / Uptown, movie, not back too late,’ he recalls on Three Golden Horns, ‘But saxophones and cocktails had other plans.’ As the night takes an unexpected turns, he has the sort of revelation you only get from Clutch: ‘Now I see the truth – jazz music corrupts the youth!’

So, 13 albums in, Clutch are still uniquely brilliant, master craftsmen of a form at once ingeniously simple and amazingly clever. And one that only they can properly do.” – Kerrang