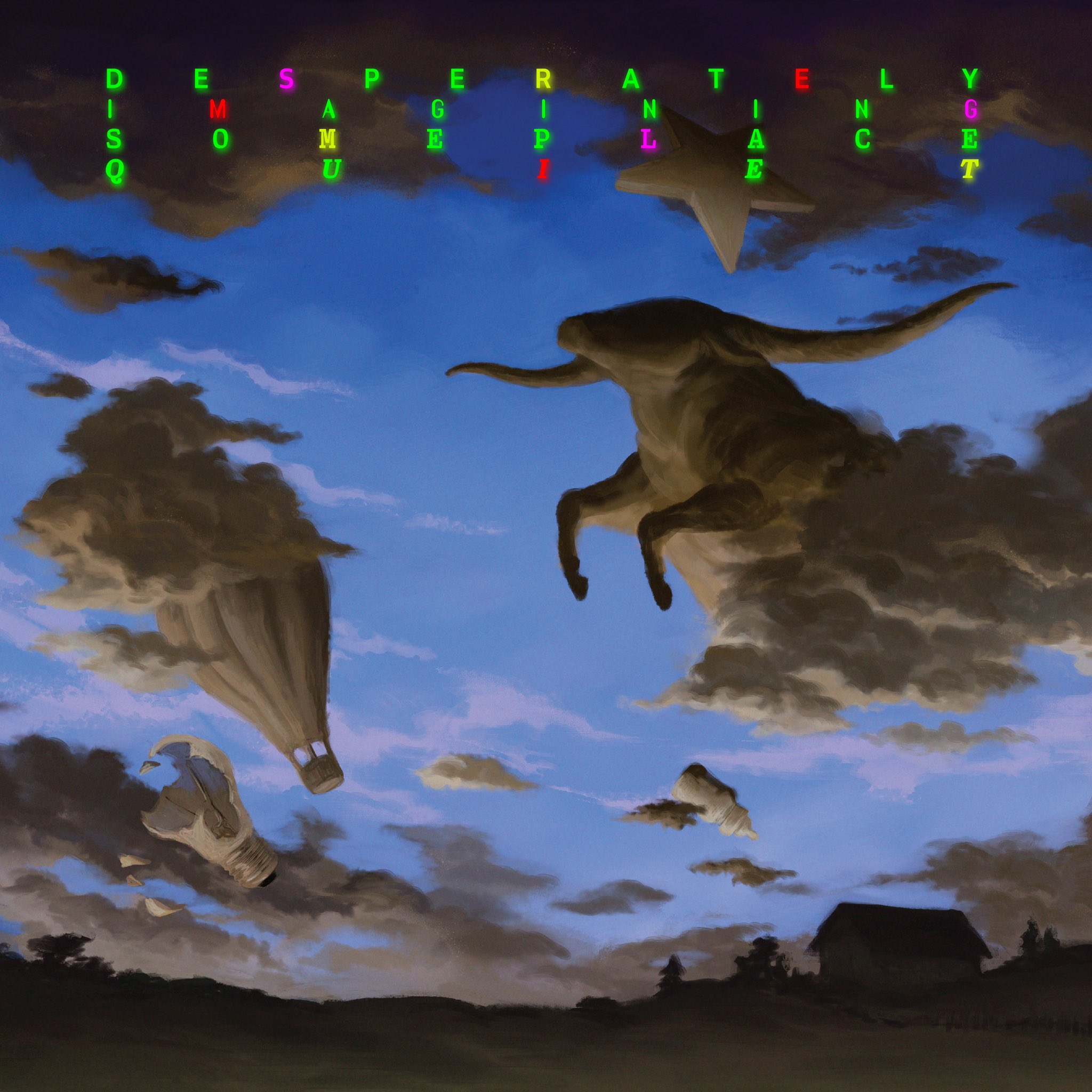 Though initially formed as an extension of the lifelong friendship between guitarist Isaac DeBroux-Slone and bassist Raina Bock, Disq has evolved into a far more democratic and egalitarian organization, as Desperately Imagining Someplace Quiet finds guitarists Logan Severson and Shannon Conor splitting singing and songwriting duties with the aforementioned DeBroux-Slone and Bock. Such an approach could have easily fallen into the trap of “satisfying everyone, pleasing no one,” resulting in committee-approved music devoid of any personality or rough edges, but happily, the opposite is true.

Pushing play on Desperately Imagining Someplace Quiet, it is easy to imagine that it is the year 1998, and your cool older sister has returned from her freshman year at college only to hand you the sort of mind-altering mixtape out of which lifelong rock fanatics are born. It is the sort of record Beck might have made in his prime, if you swapped out the hip-hop and delta blues of Odelay for midwestern emo, Scottish power-pop, and the sort of all-American indie that functions as “classic rock” for this cherubic cohort.

Wrangling a melange of styles such as this is no simple task, but the record is held together by the powerful yet nimble rhythm section of Bock and drummer Stu Manley, whose muscular and hyperactive playing alternately keeps these adventurous compositions tethered firmly to the Earth and sends them soaring into stratosphere. Producer Matt Schuessler (the recording engineer of Collector making the most of his promotion) rarely lets a verse or chorus go by without adding some new sonic sparkle, keeping the arrangements an ever-shifting kaleidoscope of textures and moods. If there is a record in 2022 which squeezes more ideas into 41 minutes, then that record could surely only be the unlistenable mess that Desperately Imagining Someplace Quiet avoids becoming so deftly.

Things being how they are in the world today, the idea of finding “someplace quiet” feels like an increasingly remote possibility, and the act of imagining such a place does, indeed, feel more and more desperate. Listening to Disq navigate the myriad twists and turns of their new album can feel akin to an attempted processing of our endless poly-crisis, where each new catastrophe and atrocity jostle for position at the top of the timeline. With their new album, Disq take a valiant stand against the temptation of complacency. As for that “someplace quiet?” It will have to wait… it’s about to get loud in here.