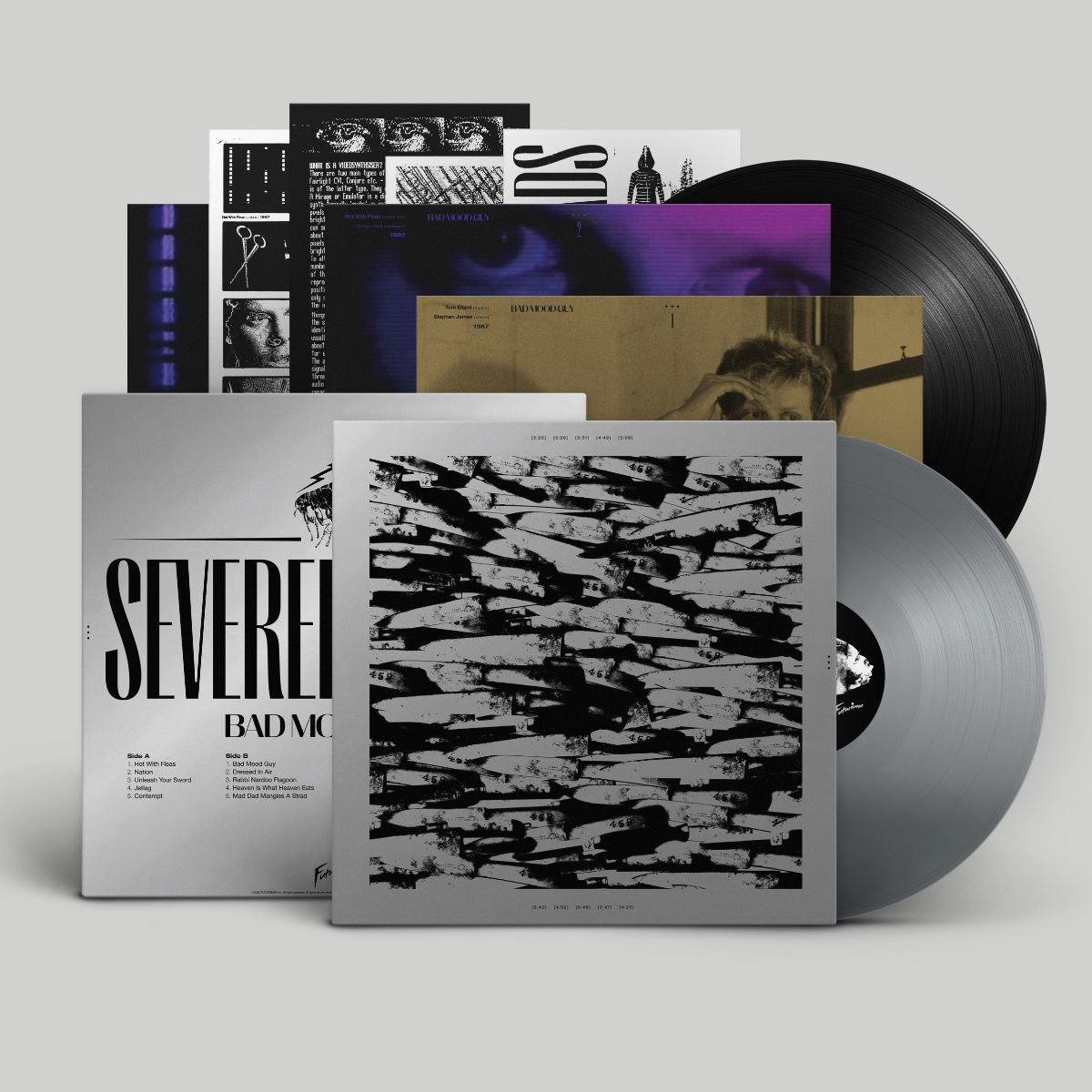 By Az FrancoJanuary 19, 2023Record of The Week
No Comments

Originally released in 1987, ‘Bad Mood Guy’ is the seventh studio album from Severed Heads. Although the project was essentially Tom Ellard working by himself at this point, he’s joined by synth enthusiast and experimental music maker Stephen Jones on this avant-industrial oddity, reissued with remixes and lost original versions.

With an oeuvre of electronic experimentation that dates back to 1979, Australia’s Severed Heads rawly garnered everything from the sources around them: the sounds of the city, tape loops, old machines, distortion.

Although essentially one man, chief noisemaker Tom Ellard, he was joined here by film maker/homebrew video synthesizer operator Stephen Jones, and effects producer Robert Racic: who had worked with New Order. The result is a punishing view of pop, all crunching rhythms and electronic juxtapose. By incorporating popular tropes such as consistent rhythms, melodic vocal lines and drum machines this was perhaps as near to a little “boogie-oogie-oogie” as Severed Heads were likely to get, but the outcome is a striking hybrid of the avant-garde, EBM and Synth-pop, an industrial vortex in which the sounds of the 20th century are sucked in and spat out around a monstrous dance beat.

Never pandering to expectations, Ellard saw dance music as a benchmark area where exploration was still possible. Big ideas and big sounds, not to mention big headaches when the original CBS mixes were left in a taxi cab. Whilst many of their contemporaries persisted without dignity, Bad Mood Guy’s cool melancholy assured a fanbase in America and dance floor loyalty with ‘Hot With Fleas’, which dares to sit alongside classics like ‘Dead Eyes Opened’. The unique inventiveness inherent in Severed Heads work makes this release essential for fans of Throbbing Gristle, Kraftwerk, Skinny Puppy and Cabaret Voltaire.

The deluxe remastered version of this LP comes with a 2nd LP containing lost original versions and remixes, and comes in a choice of ltd edition coloured vinyl. It is packaged in a metallic silver outer sleeve, a metallic gold inner sleeve and comes with a 12 page artzine booklet with liners by Ellard.