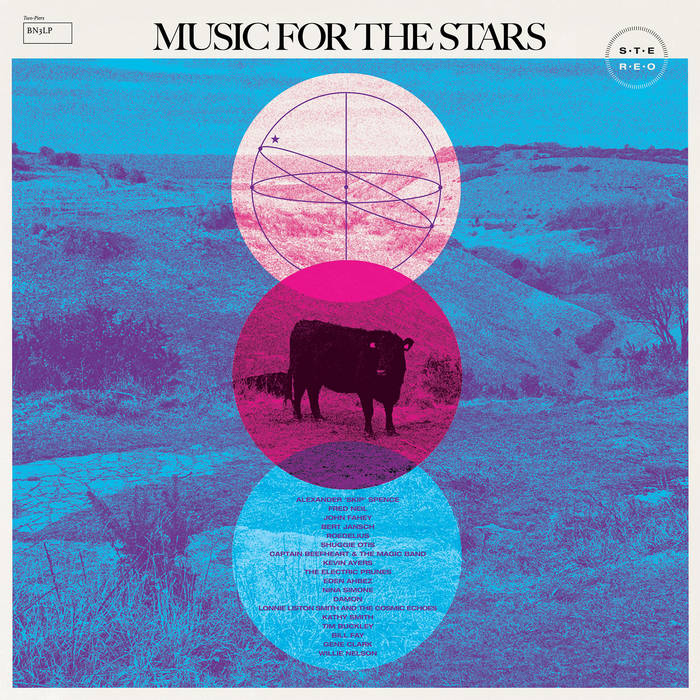 By Az FrancoSeptember 6, 2022Uncategorized
No Comments

“Music For The Stars is a collection of songs that may lend themselves to the end of the night in headphones, for me it’s an Ode to Horsenden Hill in West London, where we used to gather of an evening with the compilation tapes we had made introducing each other to new songs which we found; songs some of which would remain with us forever, we would sit there till late overlooking the West End’s City Lights but could lay back and watch the stars.” – Ruben Windflower

From the Two-Piers label that brought you the acclaimed ‘Pop Psychédeliqué (The Best of French Pop 1964-2019) comes new compilation ‘Music for the Stars (Celestial Music 1960-1979), a collection of laid back, late night songs perfect for lying back, losing yourself in the moment and just staring at the stars. Includes tracks from legends such as Willie Nelson, Lonnie Liston Smith, and Nina Simone, the English folk sound of Bill Fay and Kevin Ayres, the tortured genius of Tim Buckley, from the 60’s West Coast scene The Electric Prunes, to the sonic sounds of Captain Beefheart & His Magic Band, and the soulful beauty of Shuggie Otis.

From the beginning of the evening with Alexander “Skip” Spence, until later that night when Willie Nelson may end a tape and it’s time to walk home – sit back and lose yourselves in Music for The Stars.