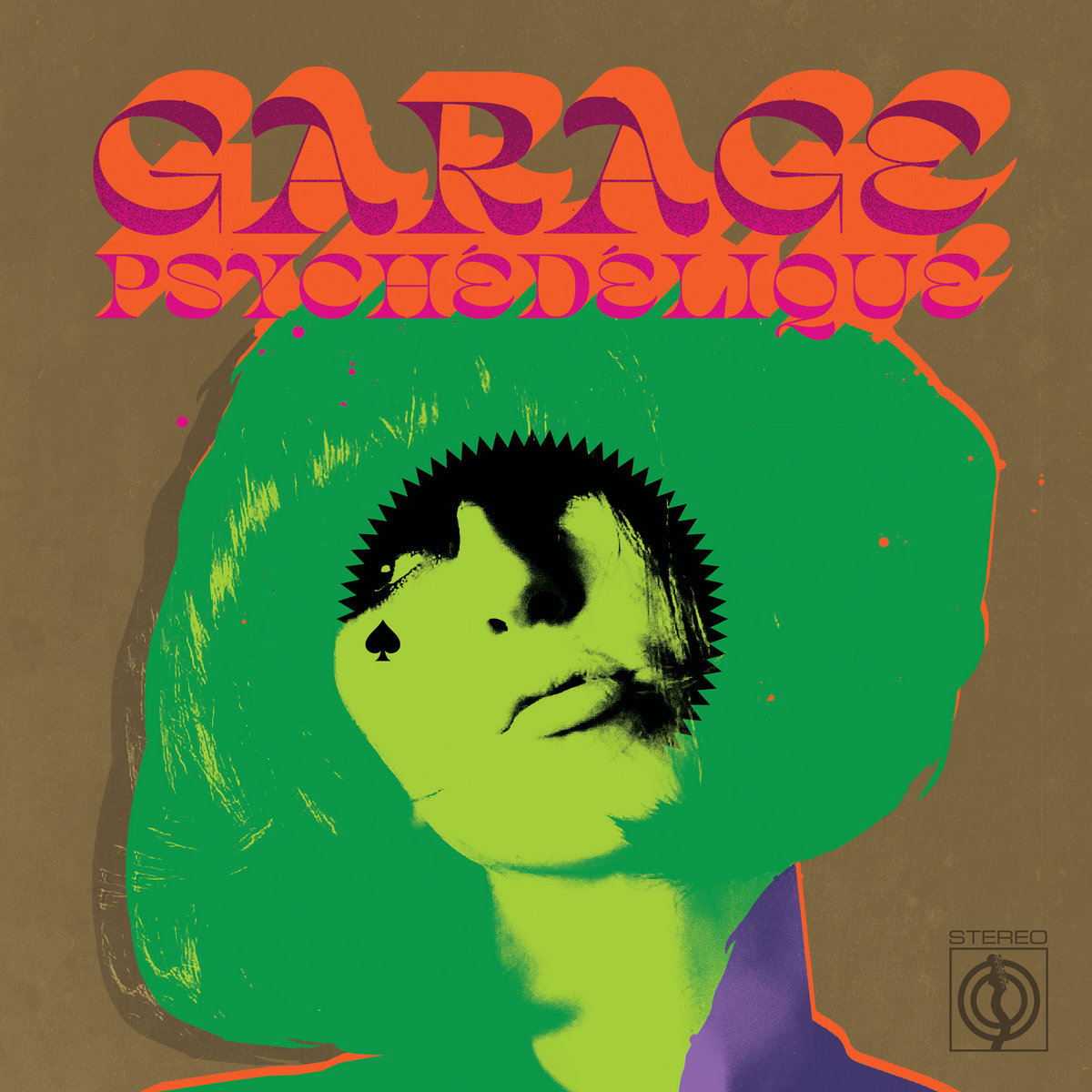 By Az FrancoSeptember 27, 2022Record of The Week
No Comments

via our very own house label Two-Piers Records.

Two-Piers, the label that brought you ‘Pop Psychédélique (The Best of French Psychedelic Pop 1964-2019)’ bring you the second instalment in the series ‘Garage Psychédélique (The Best of Garage Psych and Pzyk Rock 1965-2019)’. A thrill a minute dive into the crazy awesome world of Garage Psychedelic Rock.
From the Psych sound explosion onto the Underground club scene in the US and UK in the mid 1960s, its discovery by a wider audience via the exceptional Nuggets and Pebbles compilation series in the 1970-1980s. Through its mainstream revival with the Garage sound of the late 1990- early 2000s, to the current crop of exceptional bands flying the Garage Psych flag today, ‘Garage Psychédélique’ takes you on a journey and gives you a little taste of some of the finest music from the scene and the bands that blazed a trail for others to follow…..Sit back and enjoy the ride!

From the opening bars of The Sonics ‘Have love Will Travel’ through the Psych workout that is Count Five’s ‘Psychotic Reaction’ to the joys of 60s Beat Psych groups from the US such as The Paragons, The Preachers, The Strangeloves, The Squires, and the eccentric stylings of The Monks. The album careers along at a blistering pace of Garage Psych brilliance, jammed packed full of Underground floor fillers a plenty.

US legendary underground acts such as The Electric Prunes, The Chocolate Watch Band and MC5 all deliver classic tracks for the cause, and singer-songwriter Harry Nilsson even makes a foray into the psych rock sound with ‘Jump into the Fire’.

In recent years such bands as Thee Oh Sees, Moon Duo and Allah-Las from the US have taken the Garage Psych influence and 60s sound and made it their own. A whole crop of bands such as White Hills, Gnod and Goat from the scene have evolved the music into a heavier ‘Pyzk Rock’ feel with a darker and heavier vibe, but crucially still with the joyous undertones that the scene brings to its devotees.

The Garage Psych sound has influenced groups from around the globe with bands like Liverpool’s The Stairs ‘Weed Bus’, Scotland’s finest The Poets with ‘That’s the Way It’s Gotta Be’, The Bogeymen, a largely undiscovered 90s Psych Hammond band from France with ‘Electrocution’. Hailing from Sweden Goat bring us ‘Gathering of Ancient Tribes’ and The Hives their dancefloor anthem ‘Main Offender’. From Perth, Australia Pond’s Psych leanings on ‘Fantastic Explosion of Time’ are clear to see. Finally, Kevin Parker’s band Tame Impala were very influenced by the whole garage psych sound in their early band incarnation, as perfectly showcased here on the epic wig out that is ‘Half Full Glass of Wine’ that closes the album.

This isn’t meant to be a ‘crate diggers’ album or a compilation of ‘obscure hard to find tracks’ to out-do your mates. It is quite simply a celebration of the Garage Psychédélique scene and a chance to revel in its brilliance and dance around your kitchen.If it means you go down a rabbit warren of discovery to unearth more gems and brilliant bands from the Garage Psych scene then job done!