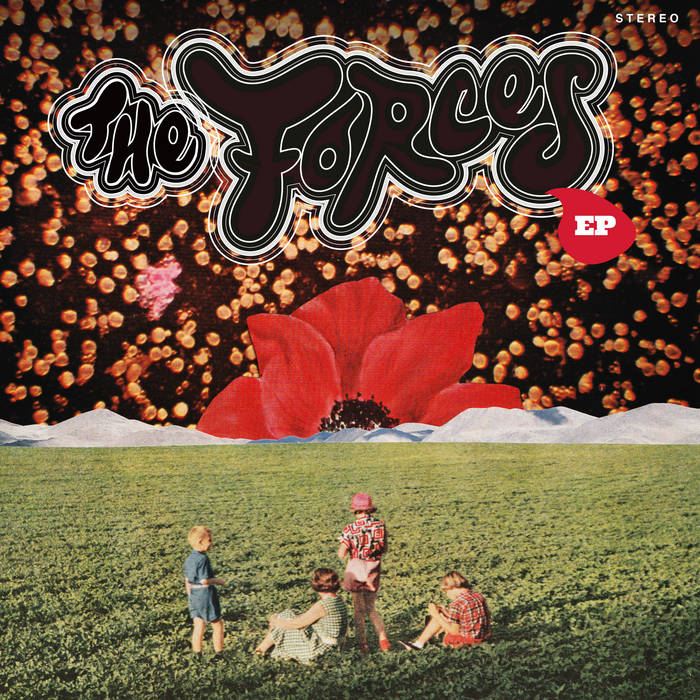 Watch the music video for lead track ‘Free’ below

The Forces are a new outfit around Dutch psychedelic-soul producer Joshua Boon (Fuel Box, Funk Darker, Bone 40). This first EP teleports a hip-hop production ethos into the flower power hippie-era, making two countercultures clash. The Forces lay puzzle as they backtrack to earlier times, as nothing’s equivalent to the Haight-Ashbury State of Mind.

“I’ve always wanted to make something Beatles-esque,” explains producer Joshua Boon. “To me, their open outlook on all kinds of music, instruments, and experiments with song structures is in line with the crate-digging attitude of hip-hop producers like Q-Tip or Madlib. Like The Beatles, I want to make strong songs that would hold up when performed only on guitar. At the same time, all productions on this EP are hip-hop-minded: in the vein of diggers who have their own ‘open outlook’ through records.”

But instead of scouring deep into crates, Joshua Boon played everything live—no samples—and got help from six musicians from the USA, Brazil, Portugal, India, Italy, and Romania. Yet studio sessions were recorded and mixed with the sound aesthetics of sampling in mind.

The 60s-specific layering and mixing techniques on The Forces EP tie in with subtle electronica like the Mellotron and theremin sounds. Golden-era beat sensibilities are present throughout the EP with snapping kicks and snares, such as on opening songs “Shine” and “Anne.” “A George Martin meets RZA type of studio ethos,” Boon adds.

The potpourri of sounds is all written and composed by Joshua Boon. Singer Tim Condor (Manchester, UK) joins him on all songs, backed by a range of background singers, and on the single “Free” even by a gospel choir. Thematically, the vocals reflect both the Sixties and today’s themes of environmental issues, conspiracy thinking, and political distrust.

The Forces is an organic continuation of Joshua’s decade-spanning work as a producer. First as one-half of the soul, dub & hip-hop-inspired duo Fuel Box in 2011 (with a digital reissue by Beats Broke in 2015). Then solo as Bone 40, followed by his mysterious alias of funketeer Funk Darker: a Clutchy Hopkins-esque persona crafting gloomy and dirty funk/soul.

The Forces drops September 9th on all platforms. The self-titled EP is the first taste of a yet-to-be-released full album.